"I've learned that courage was not the absence of fear, but the triumph over it. The brave man is not he who does not feel afraid, but he who conquers that fear." 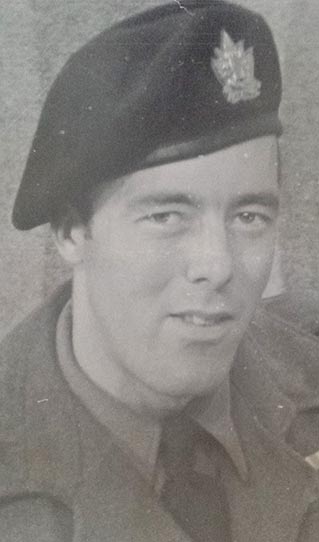 Daisy's brother, Albert Charles. The youngest of the family. Charlie, as he was referred to, joined the Second World War as a member of the Fort Garry Horse Tank Regiment.

Their motto was "Facta Non Verba". Deeds not Words.

On 26 May 1944, Charlie became a member of the 10th Canadian Armoured Regiment.

He found himself fighting in Normandy, other areas of France, Belgium, and Holland. At one point, he was billeted by a family in Nijmegen, Netherlands and made those people friends for the rest of his life.

His job was to load the main gun of the Sherman tank and the machine gun in the turret. As well, he operated the radio. He was a member of the reinforcement group that departed Portsmouth, England on 2 July 1944. They landed in Normandy on July 4th where the Fort Garry Horse was involved in the battle for Carpiquet, just south of Caen.

While there, he was transferred to the 25th Canadian Armoured Delivery Regiment from 25 July to 30 July 1944 and again from 31 August to 27 September 1944. This could have either been because of a surplus of personnel at the the front-line unit or perhaps he needed a rest from the rigours of the front-line duties.

It is said that Charlie avoided disaster on two separate occasions. Once he and the men from his team were out taking a break when the tank was shelled, narrowly missing them all. The second time, Charlie was away from the vehicle having a cigarette when it was shelled again and two of his team were killed.

While Charlie was in Britain, Ron and Charlie went to the Llan Ely Hospital to visit Violet Jones, a life-long friend of Ron's. Violet was working as a nurse and Ron introduced her to Charlie. The romance was short but sweet and Charlie married Violet on Saturday, 15 June 1946 at St. Martin's Church in Caerphilly, Wales with the presence of Daisy and Ron.

Charlie remained with the military in Canada for years afterward. Upon their return to Canada and settled for a short time in Calgary, Alberta. In 1957, Charlie was stationed in Edmonton, Alberta for one year before being posted to Kingston Ontario.

In 1971 he accepted a posting to Penhold, Alberta. While there, he made his final home nearby in Red Deer, Alberta. 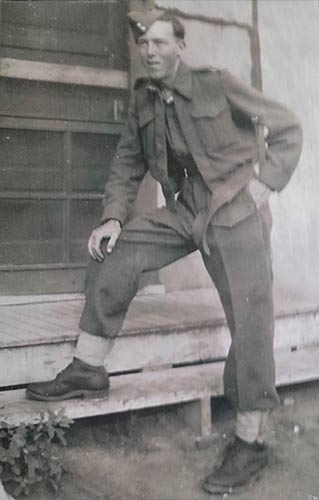 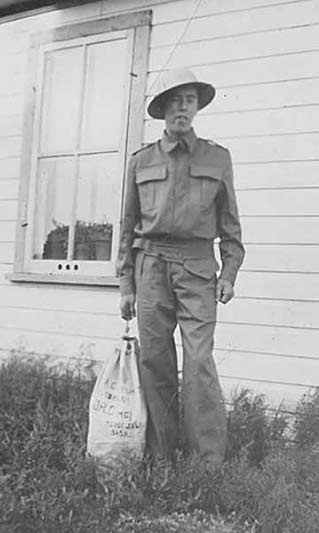 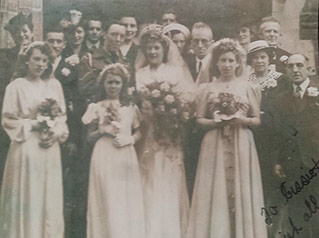 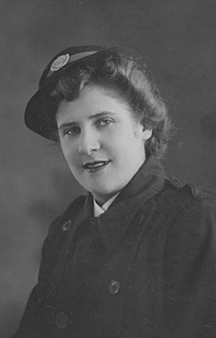 Violet in her nurse uniform. 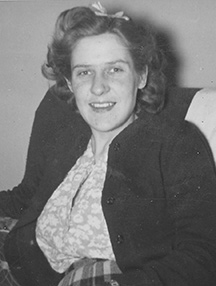 A young Violet at home. 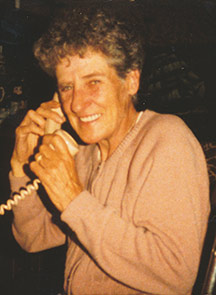 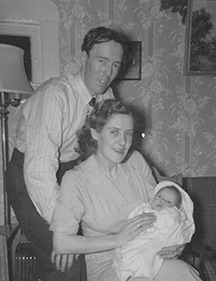 Charlie and Violet start their family. 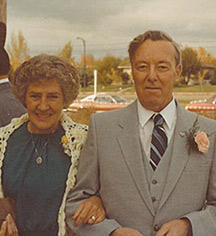 Charlie and Violet in Retirement. 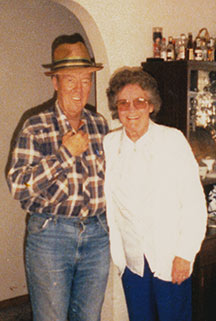 Charlie sharing a laugh with his sister Daisy. 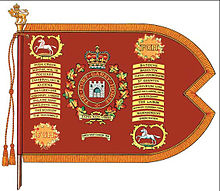 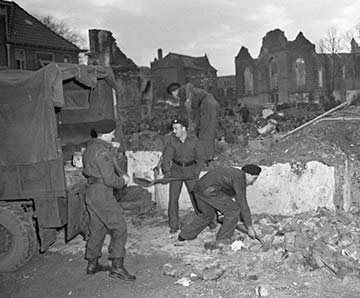 Fort Garry Horse helping in the rebuilding of Doetinchem, Netherlands.

To tell the truth, I do not know if Charlie was involved in the Doetinchem campaign in any way but it tells a lot about the kind of people the Fort Garry Regiments were made of and the honor they displayed. It made me proud to know that my uncle Charlie was a member of a regiment such as this. What they did for the people of the town afterward was incredibly heartwarming and warrants mention and recognition.

The Fort Garry Horse Regiment was in Oldenham when the war came to an end. They were accepting the last of the German soldiers from the area who were surrendering. They then moved back to Doetinchem for a period of time before being mobilized back to Canada. During this time, they busied themselves in road repairs and getting the town back in shape, much as it had been before the German occupation.

In return, the townspeople showed their gratitude by the construction of a monument named 'Canada Park'.

The inscription on a brass plate mounted on the side of the tank reads; "Deze tank van het 10de Canadese pantserregiment (Fort Garry Horse) had eed aandeel in de bevrijding van Doetinchem in april 1945."

This translates to: "This tank of the 10th Canadian armored regiment (Fort Garry Horse) had oath share in the liberation of Doetinchem in April 1945."

I would like to thank The Fort Garry Horse Museum and Archives and in particular Gordon Crossley for his assistance with this information.

A post from Charlie's granddaughter Dawn on Remembrance Day 2016

Every year on this day of Remembrance, so many of us reflect on the sacrifices that past generations made for the life we are blessed with. I wonder if my grandparents could have ever known how their actions contributed to the freedoms we often take for granted in our daily lives.

From out of the ashes of one of our darkest times in history, a soldier in the Canadian Army, Cpl. Albert Charles Wright and his wife Violet (nee Jones), a nurse who drove ambulance for the British Forces, married and began a new life with the freedom that was awarded to those who survived due to an immeasurable loss to countless others. They have left a legacy of family, having 3 children, 7 grandchildren, 13 great grandchildren and 4 great great grandchildren, all of whom they did and would have loved.

Though the scars of war never completely healed, they were an example of what humanity should be...kind, honest, charitable and forgiving. Every year on this day, I am filled with a sense of pride for the people they were but also feel such a broken heart at the loss of them in my life. I thank them for the sacrifices they made, the perseverance it took to overcome the obstacles they faced and the love they had to carry on. I love you Gram and Gramps and miss you like I did on the days each of you passed away.