"It is not enough
to win a war;
it is more important to organize the peace." 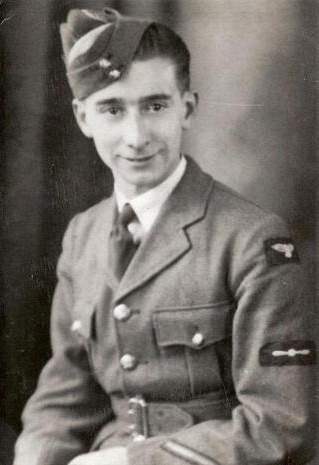 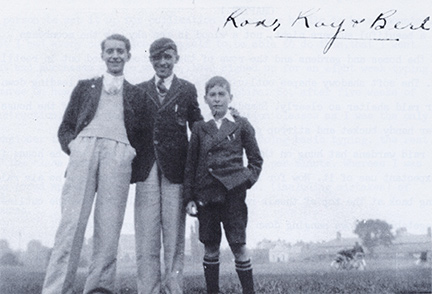 This site is dedicated to the Liversuch Family and their contributions to the struggle of World War II as related to me by my parents Ron and Daisy Liversuch.
You're never more alive than when you're facing death."

World War II was an indescribably horrible conflict filled with death, destruction and injustice. But many of the soldiers, sailors and airmen have told me that it was also the greatest adventure of their lives. They were able to give something to a cause that would ultimately decide the fate of the world. They came from big cities, small towns, farms and villages - all to join together for a common and very important cause.

The war would uproot them from their homes and countries and take them to the far corners of the world to 'Do Their Part'. Many would not return, many would return with physical or emotional scars and many would come back with proud stories of their own contributions to the cause. This site is mainly to relate the stories of what my family went through for that cause. Like they say; 'If we don't learn from the past, we are condemned to repeat it.'

In 1941, Airman Ron Liversuch was sent to Moose Jaw, Saskatchewan to train as an air mechanic for the Royal Air Force.

He and a few other British airmen went out for dinner one evening to the National Cafe. The waitress who served them was named Daisy Wright. They soon got to know each other, dated and in 1942, finally got married.

This site is actually the story of three brothers, their families and their efforts during World War II. 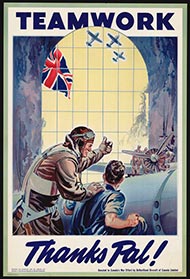 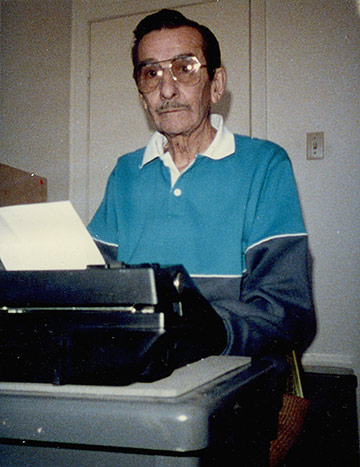 Ron writing his book
'She Won After 9-Year Search'.

I have felt compelled for a long time to tell their stories because they are relevant and, I feel, important in the records of the second world war. Although their contributions are small in the big picture, they were there and they did their parts like any of the other men or women who participated in the effort.

I will try to relate the stories and facts as accurately as I can, but they are all second-hand as I was simply not there. I only have what I was told, to perpetuate the stories. Whenever possible – I will let Ron tell you this story as I will use his own words. Most of the information, correct or incorrect, was supplied to me through family anecdotes, and stories passed to me from my parents Ron and Daisy as well as other family members; through my dad's self published book "She Won After 9-Year Search" and the kind help of numerous archivists, volunteers and historians – many of whom do this vast amount work for fallen soldiers all over the world on a voluntary basis.

So there. I can now say that this site is 'Based on a True Story'.

The more I think of the stories and relate them to others, the more I find myself filled with a sense of pride for their bravery; and with emotion for those we've lost.

If there is anyone who has any additions or corrections that they can contribute, feel free to contact me with any photos or information you might have. It will be greatly appreciated.

A small side note: Though they do their best, reporters are notorious for missing or misunderstanding details in some of their stories. You may read in some of the articles included within this site that there are facts that are slightly different on ocassion, but they have been reproduced as they appeared in the papers over the years.

"Chin Up". A wish, a sign of optimism, and the name of the house that Albert, Jessie, Ron, Ray and Bert Liversuch lived in until the Second World War would separate their family forever. It was proudly displayed on the front door of their home, just above the mail slot for many years until they were no longer able to live there on their own. A cheerful quote to look to in the face of all the trials and tribulations that they were to face over those later years.

With all the humidity and other weather conditions common to the British Isles, the wood eventually began to rot and break away from the plastic letters and the rusty screws that fastened them. After the funeral of his father, Ron took the letters from the door, brought them back to Canada with him, fastened them to a new piece of wood and kept it in his home until he passed away. It was then handed down and is now proudly displayed in the home of one of his sons today. 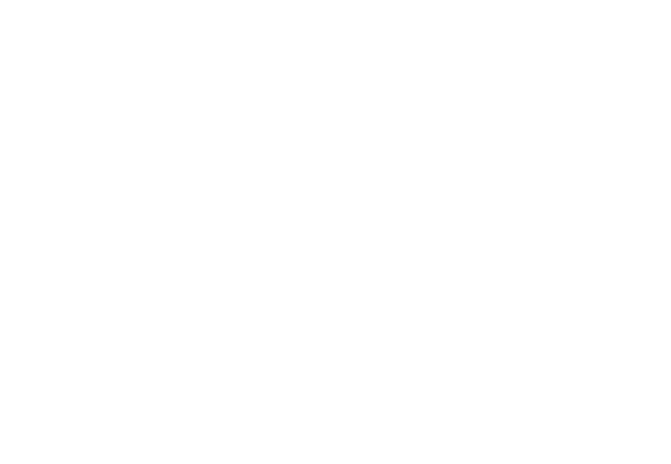 You may find other references to "Chin Up" throughout this site, so it is best to explain it's significance to you right from the start.

Another word important to the family over the generations has been "MIZPAH". This word has appeared in the bible. Literally, it refers to a place near Gilead and pillars of stone set up by Jacob and Laban as a witness of the bond or agreement between the two men. In Hebrew, it means 'Watchtower' and again marks the agreement between two men.

In the Bible, in Genesis 31:49 Laban said; 'The Lord watch between me and thee, when we are apart, one from another'. This is the meaning that was passed to me by my mother.

As time, events, geography or even mortality separate members of our family, this word takes on ever more importance. 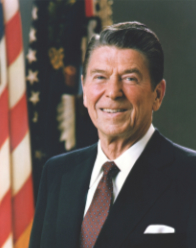 "I don't have to tell you how fragile this precious gift of freedom is. Every time we hear, watch, or read the news, we are reminded that liberty is a rare commodity in this world."
— President Ronald Reagan 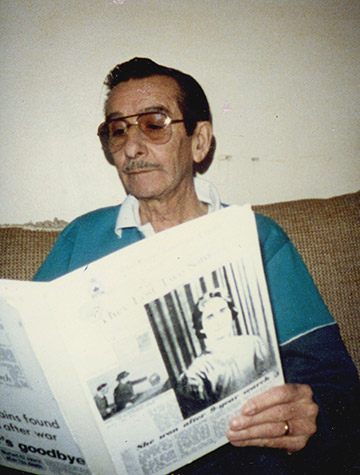 Ron Reading his self published book. 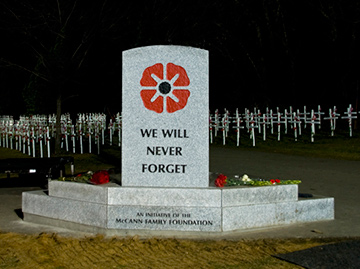 This story ran in a British newspaper "Stroller" on 1 July 1949;

"If I should die, think this of me – That there's some corner of a foreign field that is for ever England."

I have received from Ely a letter the reading of which brought a lump in my throat.

Writers are Mr. and Mrs. A. Liversuch of Fonmont Crescent.

Its un-subtitled phraseology is more potent than anything I could write. Let me Quote:

"may I ask your assistance through your paper, for parents placed as we? On 2 July 1942, my son sergt, R.A.F. W/op, A.G. Bomber Command, from night operations, and we were advised, after due course, that he was presumed, for official reasons, to have lost his life on that date.

"Then on 5 June 1944, my youngest son (a paratrooper) was one of the 60 to volunteer, and went over the night preceeding D-Day.

He was also posted missing, and later presumed to have lost his life. In both cases nothing authentic was known as to their resting place; in our first tragedy we were told that the crash occurred over Holland and in our second loss, over France. That was all we knew or heard.

"I read in a newspaper an article by a Dutchman about the Allied dead, and their care of them. We wrote him, and he supplied much detail of actions taling place at that period of the war, and alsosent lists of English and other boys names, ranks and numbers who rested in their land.

"Now after seven years, through the kindness and agency of many Dutch organisations, I returned from Holland on 27 June with the knowledge that my sons resting place, unmarked as yet, has been located.

"In our second loss, in December, 1946, I received a letter, via the War Office, from a schoolmaster in Normandy who among other things, had written of his endeavours to find us, as of 2 1/2 years, he and his compatriots had cared for the grave of my dear one in an obscure little civilian cemetery in France. Never during that time relinquishing their efforts to find us.

"We have been twice to France, and have found that my son's grave is tended with a loving and holy care.

"We would like to tell through your paper, any parents who mourn a missing son in Holland or France that we will be glad to give them the addresses of people in both countries who will give them unstinted help and kindness in their endeavour to find their loved ones; and we fervently hope their efforts will be as successful as ours.

"After years of hoping, we know now where our loved ones lie.

That in itself is sufficiently moving. But there is something greater still behind the Ely letter. Fonmont Crescent has a house named "Chin Up".

Those two Liversuch boys awaited the last great Reveille must indeed be proud of that.

This website is created and maintained by Robert Lawes